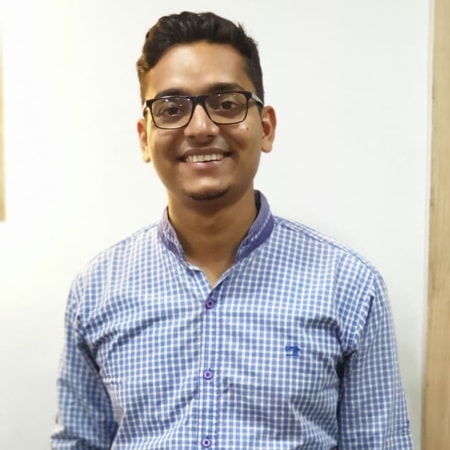 Rupak Mainali is Division A Finance manager, District 41, Toastmasters International for the term 2019-20. A member since 2017, his home club is Himalaya Toastmasters club where he is Vice President Membership. He is an enthusiastic and active Toastmaster.

He is a Chartered Accountant by profession. He is the proprietor of R. Mainali & Associates. He has also initiated a knowledge-sharing platform amongst financial professionals named Synergy Professionals Nepal (SPN).

Rupak Mainali became a member of Himalaya Toastmasters club on 14th February 2017. Since then he has fallen in love with the learnings at Toastmasters. He was in the executive committee of the club as a Treasurer for the period 2018-19, where he was instrumental in creating transparency, Zero-balance policy, and also formed the club’s financial report to international standard.

Currently, he is Vice President Membership at the club and has envisioned to increase the club strength to 50 quality members. As a Division A finance manager, he is looking forward to creating a system as per the Toastmasters international guidelines blended with the quality of international financial reporting standards.

Individually, he was Division A, runner up in Impromptu speaking contest held in Delhi, India organized by district 41 for the year 2018-19. He has recently achieved Triple crown award form District 41 in oration 2019 held in Kolkata, India. The milestone was possible by his accomplishment of the project regarding Competent communicator, competent Leader and visionary communicator – P1.

He believes in applying learnings gained from Toastmasters in his personal and professional life. Thus, he has initiated learning sharing platform among the Nepalese financial professionals named Synergy Professionals Nepal. He envisions to create an Inhouse Expert within the professional circle.

He is a fun-loving and enthusiastic person with ambition – “Man with the mission.”