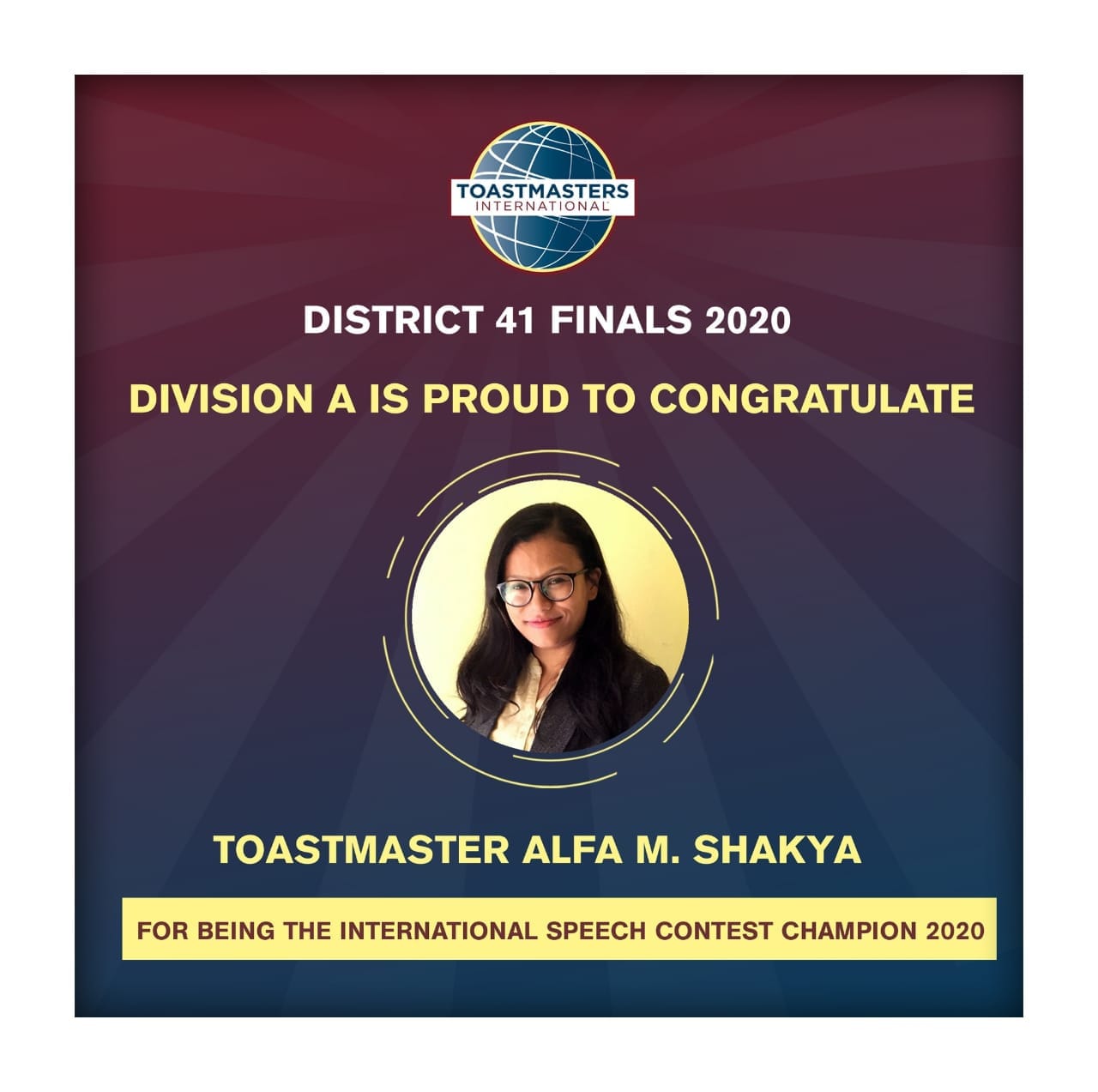 “My whole family was cheering for you. Even my in-laws were here watching. The computer was over the microwave!” wrote Toastmaster Brijen to me after the District ISC contest along with a wefie of his family.

“It almost feels like a World Cup match,” I wrote back, thrilled and thankful. It did. And it always will.

What Toastmaster Brijen wrote to me is one of the many many words of support and encouragement I have received throughout this journey and beyond. A text, a call, a story, a meeting, a conversation. There are so many people to thank, so many lessons to remember, and so much more to do.

With two attempts as a contestant at the International Speech Contest, I have learned that the ISC is exhilarating, exhausting, and enriching. It will give you the jitters and the joy, but more than anything it will give you an experience that you carry like a tattoo on your skin. It is your keepsake.

The second attempt meant I had a reference point to begin with, which was a double-edged sword. I knew the process, but I also knew that the goal was to outdo the past. And the fear was: what if I couldn’t?

That is when the words of my mentors, friends, and well wishers filled my heart and pushed me ahead. I sat down to write the speech word for word and threw half of them inside the bin, the other half were deleted over the screen. I changed stories, openings, and closings. During all these, I had not only crafted a speech but had looked into myself, dived into my childhood, and roamed into the clouds of the future.

Going virtual posed its challenges, but also brought about its power of connectivity. This meant my tech master friends had to wake up early and jump straight from their bed to their computer screens for the final check, however, this also meant my parents could watch the contest live from the living room and so could so many others.

As my name was called upon, the green light of the webcam lit up and I could only see myself, but I knew there were many behind the screen cheering on. I had to sing it like a song.

I have realized that the ISC demands a piece of you. You put this piece out there as everyone who listens becomes a part of it and you become a part of them. It is a journey that starts with you and transcends beyond.

It does feel like a world cup match, so much more this time because all eyes were on the screen and hearts pounding together.

Published in Humans of D41. Also published in Inkspire Issue 4. Click here for the full newsletter.