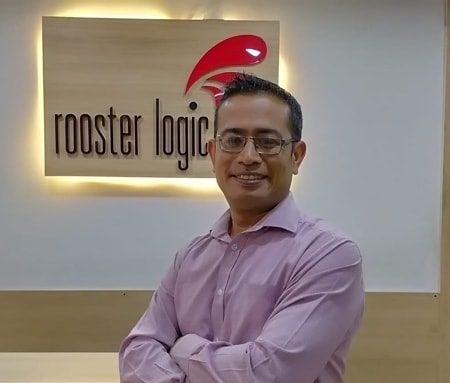 Crafting a memorable pattern together!

When I was a child, I used to wear home knit sweaters during winters. Amazed, I used to look at my mother knitting with two needles and different colors woolen threads. The patterns on my sweater always turned out to be amazing. The only thing I could see was her hand moving over the pattern. I did try it once and ended up adding an hour of extra work for my mother as she patiently had to explain to me that it is not about repetition but about imagination and what you want. She said, ‘After that it’s easy, just make sure each of the thread is in the right place and not to worry.’

When DTM Suman posted in the Club Growth WhatsApp group of Division A, it was Friday morning. The event we had to plan and deliver was on Wednesday evening. We had about five days and a few odd hours. TM Dipesh was the first one to volunteer for the event kick-starting the planning. I can’t lie, my heart did skip a beat when I thought about the humongous task. We started our first conversation on Saturday morning, and I got my heartbeat back.

We broke down the event activities into action items. Individuals came together as a unit, and the unit became a team. TM Dipesh took up the responsibility of registration while the content was taken up by TM Heema. TM Amit and TM Birendra took the tech master roles with TM Neha managing the Zoom meeting details with D41. TM Chandrayan took on designing, TM Apekshya took on social media management along with division PR team, TM Sushma and TM Manesh, and TM Alfa worked her magic to put together Inkspire to be launched during the event.

These activities led by units were like the different woolen threads that were forming patterns.  We started with an ambitious number of 500 registration in the zoom meeting. Even more ambitious was targetting 150 registration within 24 hours as set by TM  Dipesh. The registration had surpassed 150 by almost double that number when we met in the next meeting. Registrations multiplied for the next 4 days. If there was a request, it was immediately answered.

While the work was delegated to Club Growth team of Division A, DTM Suman and DTM Ranjit were working in the back, encouraging each of us and pulling in participants by being vocal ambassadors for the event. While the numbers were climbing, DTM Ranjit came up with video promotion. We had 1478 registration on that day.

On the tech check day, Mark Brown, the 1995 World Champion, brought in a human element to connect where he encouraged and paid personal attention to each of the organizers. A star in many aspects, Mark made sure that we shone brighter than what we already were.

The event tested the technical limit of Zoom, the online meeting software, where there were 841 unique participants at a time with more people joining in but dropping at multiple points. Technical issues. All the testing, pre-testing, and testing again worked. The event went without a flaw for the participants. However, as we say, there is always room for improvement, the team did a retro inspection, where we sought the point for improvements. The team also worked on feedback forms and asked guests to fill in their experience, suggestions, and intention to join Toastmasters.

The event was over on the 5th day, but we wrapped up the activities only on the 10th day when we gathered the entire collateral in a drive along with inputs from participants.

The cherry of the event was the Thank You note that was posted by Mark on his Youtube Channel, where he praised the teamwork of Nepal to pull out the event in 5 days. As a team member, I felt that this is an event where every member of the club took it as their own. That’s why the event was possible in 5 days! This also showed the faith in the work done by members in Nepal, where everyone stands up to help each other.

While we started with two knitting needles, we took turns to contribute our design for the event. Teamwork and leadership were shown exceptionally by each one of us. This is how we managed these intricate designs by collaborating without stepping a foot outside our house. We set out with a design in mind and ended up making it better, bigger, and one event that we can wear proudly for the days to come.