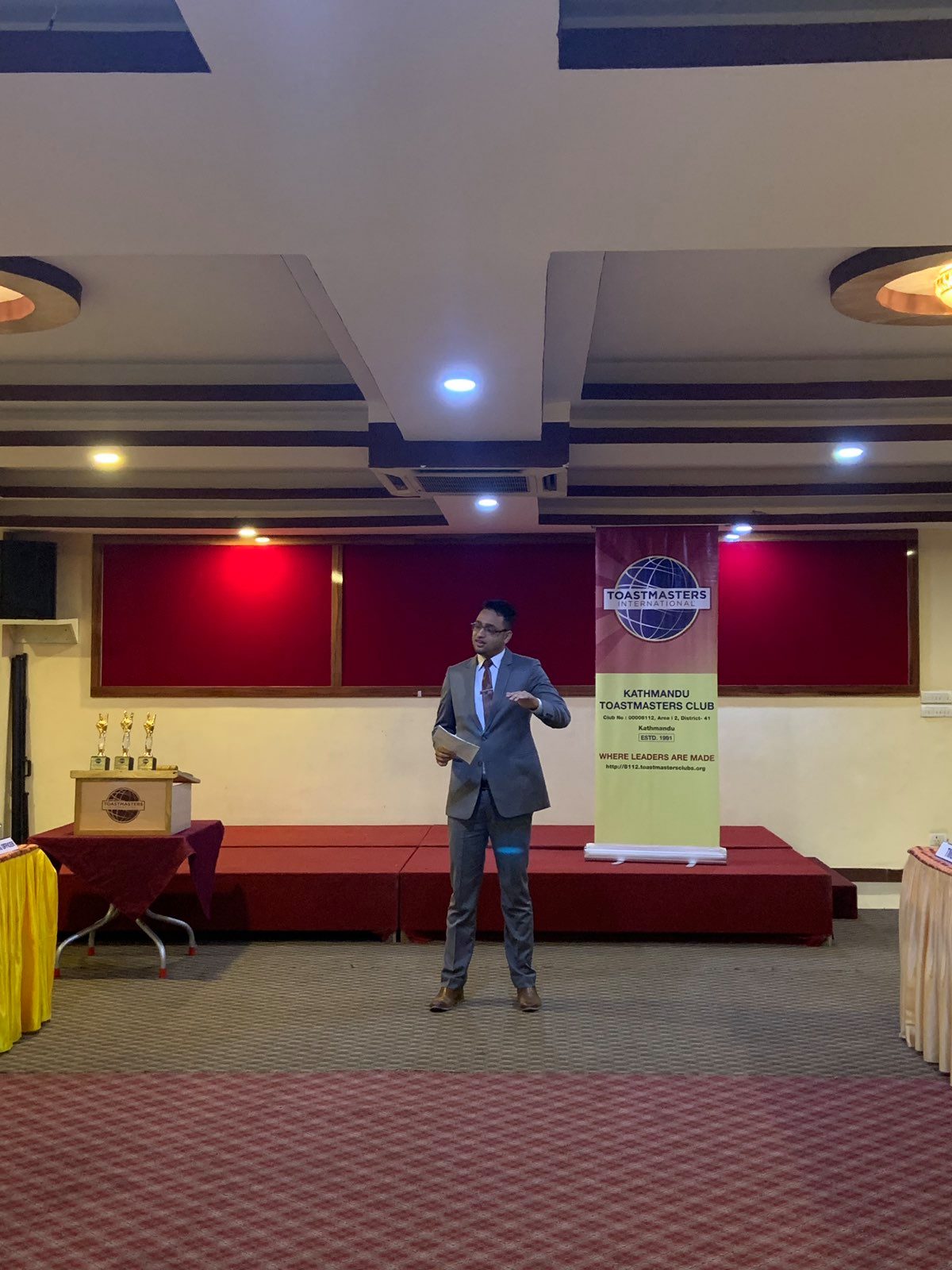 Everybody says we grow at Toastmasters, but only a few inform us how that happens. Today let us talk about the ‘How?’

During mid-2018 I joined Kathmandu Toastmasters Club. I was a shy person and didn’t know how to introduce myself. On that evening I sat beside Toastmaster Aniket Khanal and tried to network with him. He was one of the most honest people I had ever met; sometimes ‘brutally honest.’ Yet, he was the first friend I found there. Then I started slowly networking with other Toastmasters and began making more friends.

These six months were only the first half of my Toastmasters’ journey. In the ongoing second half, I transformed from an introvert to an initiator. I made a lot of new friends such as Toastmasters Robin, Sandhya, Rupali, and Srishti. Especially Toastmaster Srishti, who initially thought  I was a huge flirt as she was also a shy person! However, I soon discovered, she turned out to be just like me. We grew into a family.

During my second journey, I visited many new clubs and made a lot of new friends. This became a vital part of my improvement as others helped me with each role I took and every speech I gave.

It’s not only the roles we undergo and the speeches we give at Toastmasters which help us grow. It’s also the support, mentorship, love, and belief we get whilst doing them. Members are always there for each other to say, “Look, it’s not that tough. It’s not as hard as you think.” This comradery helps us remove the cobwebs of flaws that surround us, and allows us to shine. There is always an upliftment in togetherness, powerful energy in collaboration, and beauty in unity!

Kathmandu Toastmasters Club is a place for growth and improvement. The club provides a warm welcome environment for members and guests to develop their public speaking and leadership. In particular, the inspiring voluntary efforts invested by members remind everyone when ‘I’ is replaced by ‘we’, miracles can happen anywhere, anytime.