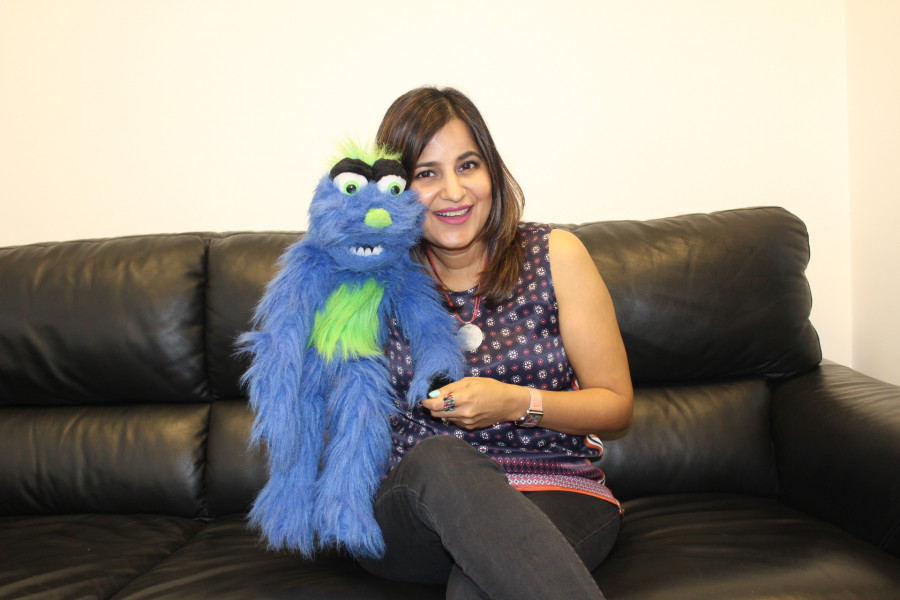 How I Found My Path through Toastmasters

“And the first prize for the Salad Making Competition goes to…. Seema Golchha!!”

“No way am I going up there…Renu you please go get it!” she gasped.

Instead of jumping with joy for getting the first prize she was all stressed out – only for the fear of going up on the stage where she had to say “Thank you” in front of an audience of 50 ladies of Mahila Mandal.

From there, to…
“That was Seema Golchha, the only ventriloquist from Nepal, give it up for her! …and now we have 2 surprise performers – Jay Leno and Jerry Seinfeld are in the house!” announced the host at the Gotham Comedy Club, New York.

“That was Seema Golchha, the only ventriloquist from Nepal, give it up for her! …and now we have 2 surprise performers – Jay Leno and Jerry Seinfeld are in the house!” announced the host at the Gotham Comedy Club, New York

How did this change happen?

Something happened during that gap which changed her, rather, which transformed her. From being petrified of the stage, to performing in a most renowned comedy platform and stand (almost) equally with the two legends in America.

You may think it’s a cliché thing to say, but yes, this was only possible because of Toastmasters.

She joined Everest Toastmaster Club in 2009 with only one intention – leaving it. She thought to herself “I don’t belong here. I don’t have anything to talk about? Why would a housewife ever need to address an audience?”

She had given 4 projects. Then when she had decided to leave there came an opportunity where Everest Toastmasters decided to put up a Standup Comedy Show to showcase the club. This is when she decided to give comedy a shot and also do something that no one had heard of – i.e. attempt ventriloquism, a dying art. (An art, that wasn’t even heard of in Nepal.)

During that show, when she was on stage making people laugh, it dawned upon her that THIS is what she’s meant to do…THIS was her Eureka moment..THIS was when she found her calling.

At toastmasters, she had found her voice! Since then, she started working on this skill – slowly but consistently. After a few shows in Kathmandu, she took her art and humor to India. It was much appreciated and went on the be the in-house comic of a renowned comedy club in India. And now she’s trying international platforms. That’s how she got the opportunity to perform on the same stage where most of the famous American Comedians started their journey.

That is my story so far!

But I HAVE to add that, wherever and whenever I perform, core learnings from Toastmasters are deeply instilled in me and it’s helping me become a better artist.

Some important Toastmasters learnings I carry with me are:

1. The value of time

Whenever I have a speech, I reach an hour before time. And whenever I see my red light I know it’s time to wind up and get to my last joke.

This is why I’m able to do shows for all age groups. From 4-year olds to 90-year olds in the audience.

3. You are as good as your last speech

This fact keeps me on my feet, else it’s easy to get complacent. No matter how good a show I have, I know I’ve to work equally hard, if not more, for the next one. A 5 min gig is as important to me as a 45-min show.

I’m forever grateful to Toastmasters for helping me believe in myself and helping me in finding my path. To all my mentors, evaluators, fellow members, Toastmasters International…CHEERS!!

“Hey Seema, one speaker has dropped out from TEDx, would you like to give a talk day after tomorrow?