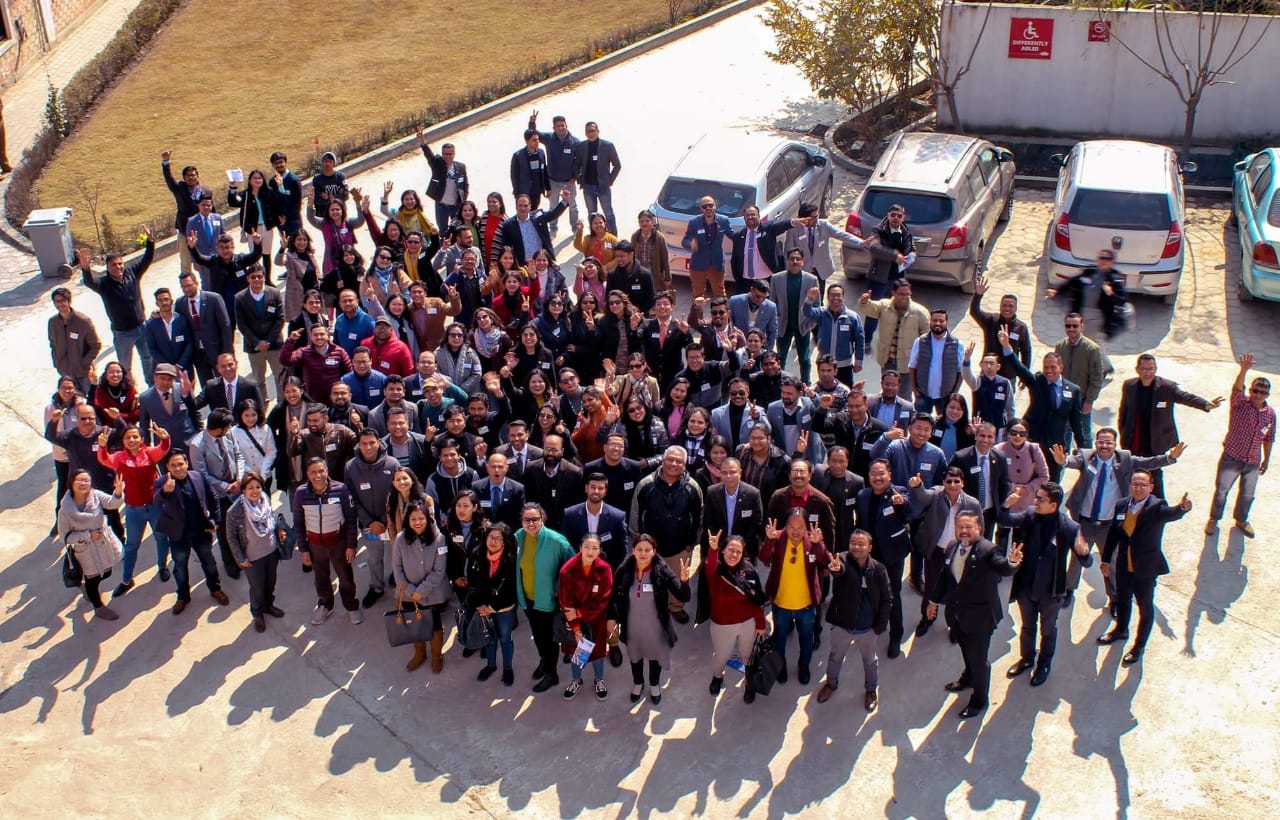 When regular members asked me ‘why attend TLI again? I have attended TLI last year and the trainings are no different,’ the answer was easy – ‘Every member had taken a different role last year. While the module may appear the same, the interactions are different.’ However, the question ‘why attend TLI again within six months?’ needs to be taken up differently.

The second TLI had to be designed keeping in mind clubs that change their Executive Committee twice a year. It is also apt for new clubs that have opened in the first half of the term. Beyond the DCP goal hook, the dynamics of TLI needs to evolve to make it more relevant and anticipated.

In Nepal, we have realized the lethargy of active leaders to attend it the second time. While we had leadership talk by guest speaker, Mr. Anil Chitrakar, which was an engaging way of conducting club officers training and other modules that saw enthusiastic participation of 200 members, I still felt we could have done better.

Among other activities, Pathways session generated much interest and attendance. Clubs are facing challenges with Pathways, with the Executive Committee yet to onboard themselves. I personally feel, TLI can be leveraged to educate transitioning members and to create a pool of Pathways trainers to mentor and support members.

When I attempted my first project of Pathways level 2 ‘Understanding my leadership styles’ following Dynamic Leadership path, there was so much to learn. I took the assessment twice at an interval of few months and strangely, the results were the same. My first instinct was to disagree but it could not have been a mere coincidence. I started to dig more.

I enjoyed the process of understanding my leadership styles and what I needed to improve, comparing it with what thought leaders around the world espoused. I tried to understand why visionary leadership and transformational leadership were not included and what / where could have been the source of the 7 leadership styles mentioned. It was engrossing and rewarding.

The project helped me reflect my own conditionings and what I can now do to become a better leader. I could already feel the shift in my mind space and the way I approach work and personal life. Such has been the impact of one project. Pathways deserves more respect, more conversations, more members discussing and deliberating its essence.

TLI should be bigger than just a new name for club officers training in both perception and execution. There are still many apprehensions around Pathways and lesser mentoring support for members. The way forward for Pathways is to be embraced completely, have more conversations around it, experience sharing and training. Pathways deserves more space and attention at forthcoming TLIs.