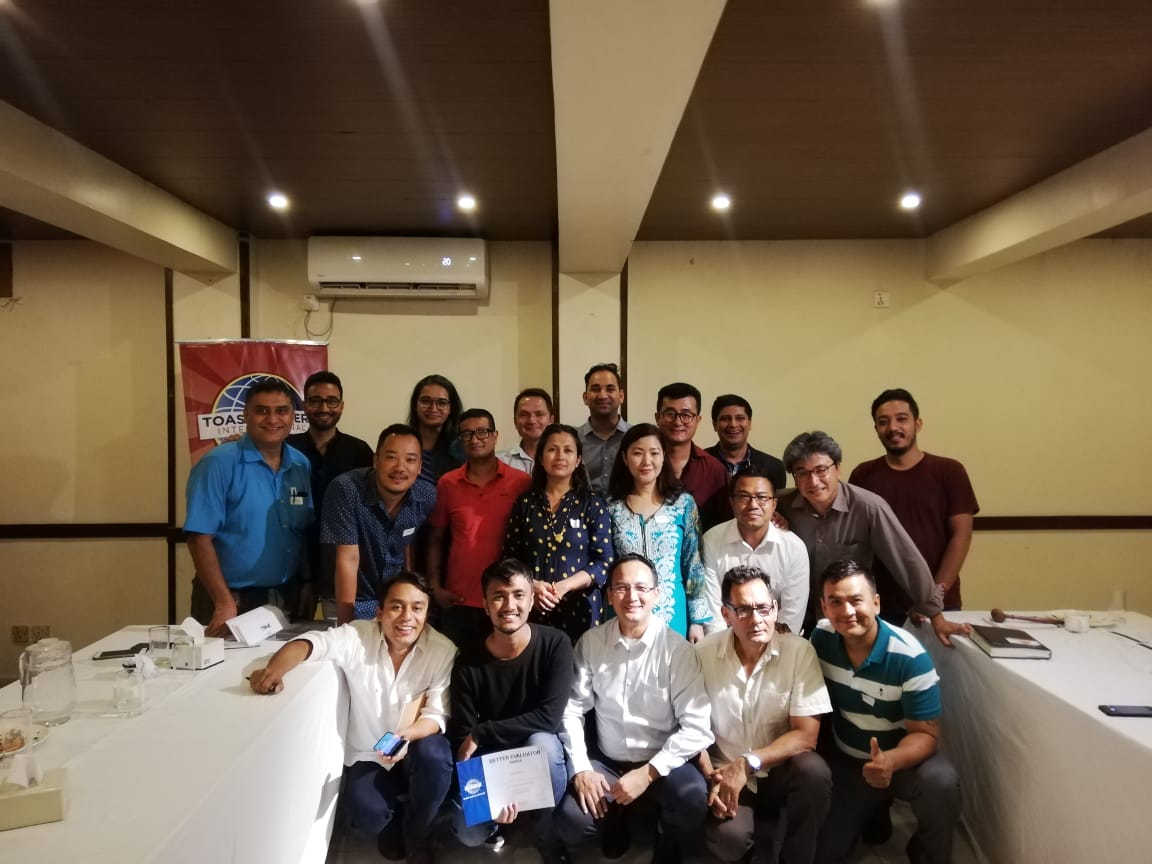 10 September was my daughter’s birthday. A week before I didn’t realize that the date was a Tuesday – the day Tourism Toastmasters meet. So, I had dared to do my ice-breaking speech. I had already backed out once the week before, so I couldn’t back out again excusing about the birthday dinner at home. Besides, I was the only speaker for the evening. The birthday was actually not the reason why backing out had come to my mind – I was starting to get nervous by the day. I was fine till Saturday, but from Sunday I began getting so nervous I even dreaded having joined Toastmasters.

I had prepared my speech and read it both in my mind and out loud maybe more than 50 times. I was used to giving presentations and training sessions to my junior staff at the hotel I work at. And besides, this was my ice-breaking speech, the content was ready, it was just introducing myself to the fellow toastmasters. So, I thought I’d be fine. But, I knew I wouldn’t be fine.

How do you know if the shoe fits until to put it on? I had by now attended quite a number of meetings and had taken up the supporting roles. I had always come into meetings relaxed, had my fill of the tasty food, shared pleasantries with everyone, and enjoyed listening to all the speakers. But this time was different. I was not relaxed at all, I didn’t even see what was on the menu, I don’t think I even smiled at anyone, and my mind was blank. I wanted to immediately walk out of the door.

The meeting started on time. TM Ranjan was on his maiden role as the Toastmaster of the evening. Out of the regular format, there was a small induction for new members where TM Sarik introduced the new members to the Club. There were 5 new members joining the Club including myself. TM Ranjan led the meeting very smoothly with the theme ‘The Middle Path’, which would have been a very interesting topic for me on any other day, but today, I was extremely nervous to enjoy it. The President of the club TM Manny came up with his encouraging words, which on any other day, always managed to inspire me. But today I was just too nervous. TM Reena had interesting topics for the table topic session, which on any other day, I always would have been keen on participating (not that I had done it), but not today. TM Namghel was on his maiden role at the Ah counter, TM Chandan was on his maiden role as the timer, TM Amod was on his maiden role at the ballet counter – and all of them looked super confident. TM Shivraj was the General Evaluator and TM Sagar was to be my evaluator.

Then came my turn. This is not a write-up where at the beginning everything starts off on the wrong foot and all of a sudden TM Radeep goes to the stage and performs a miracle. I went to the stage and started off ok, cracking some silly joke. And then I went blank. I knew this would happen and I had actually prepared myself for it and had printed all 6 pages of my speech at font size 24. I had imagined myself quickly looking at my note now and then, and the rest of the time looking at the audience. But the few words or sentences I could remember got all jumbled up when I looked up to the audience. To get it over with, I ended up reading directly from the script.  So, fellow Toastmasters, you can imagine how I did.

I knew exactly what I had done wrong and my evaluator rightly pointed it out to me ruthlessly.

This is the beauty of Toastmasters. You get a straight evaluation, good and bad, right after your speech. My evaluator TM Sagar shared the few good points at the start. He shared that my content was very well-drafted but that at Toastmasters we come to improve on our ‘public speaking’ and not on our ‘public reading’. He admired the level of my voice which I was thankful for and also pointed out that I had the potential to be a likable speaker if I could follow 3 suggestions.

I somehow knew it, but I needed someone to point it out to me directly as he did. Now I am all pumped up, and I really look forward to repeating my speech as soon as possible. His 3 suggestions for me to be a better speaker were 1: Practice, 2: Practice, and 3: Practice.