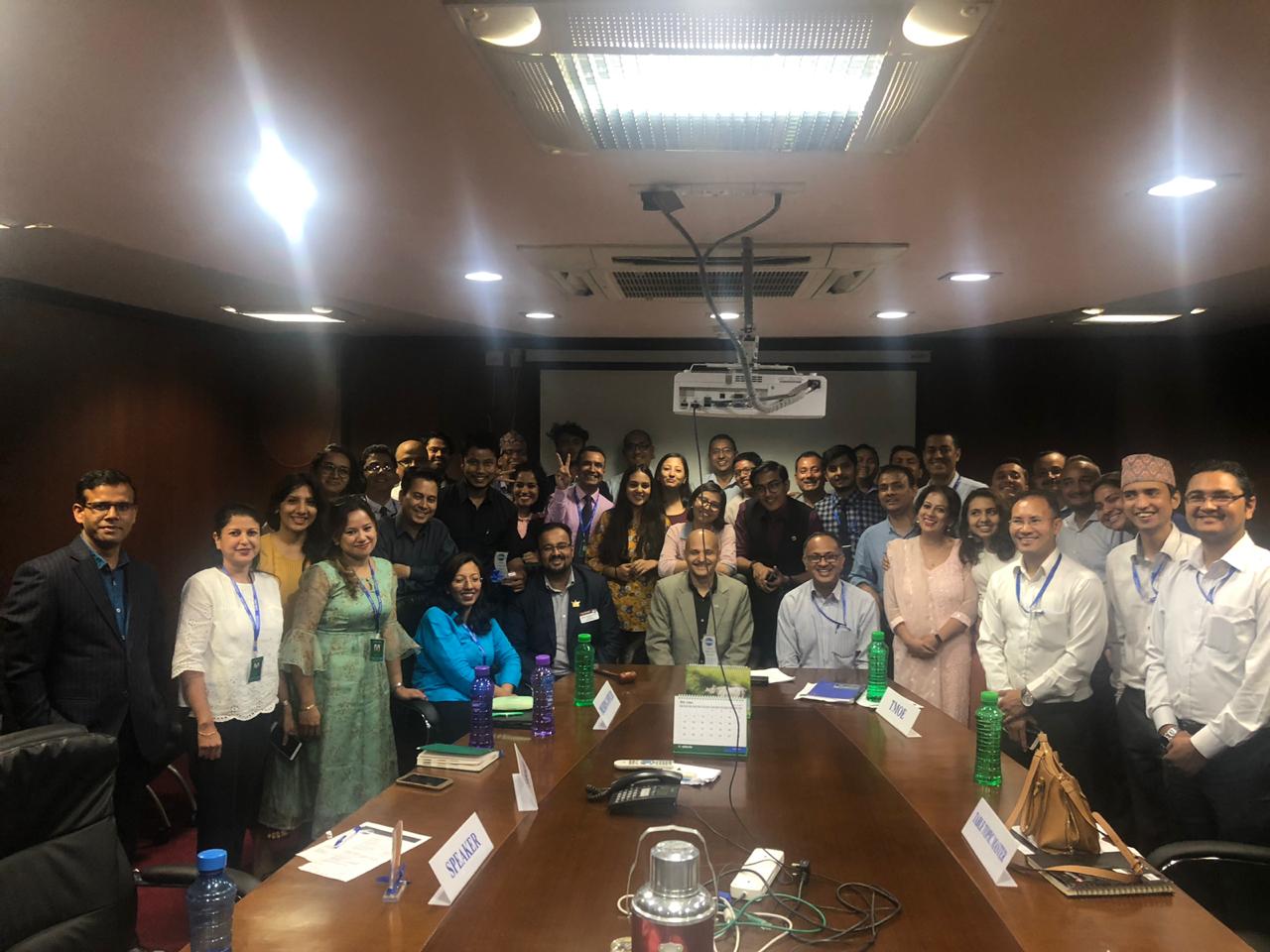 The Start of Sanima Bank Toastmasters

Sanima Bank Toastmasters was the first club for the term 2019-20 to be chartered in District 41.

It all started with a small discussion in February 2018.

Like all new members, Ayushi Gupta was excited to become a part of Toastmasters. She went on to share her excitement of joining Himalaya Toastmasters with others in her network. The words also traveled to the ears of Ms. Ramila Shrestha, the Human Resource Head of Sanima Bank.
I was the President of Himalaya Toastmasters at that time when along with the executive team with the help of the past president, TM Brijendra Joshi, and TM Raju Maharjan, our past member working at Sanima Bank,
we led the discussion of opening a club at Sanima bank forward. Through subsequent correspondence and meetings, our team plowed the fields to plant the seed of toastmasters into the bank’s corporate culture.

In a week from receiving Sanima Bank’s inquiry on starting a Toastmasters club, the club growth team under DTM Suman Shakya sprung into action. Already a member of Toastmaster International while he was in Laxmi Bank, TM Subhas Khanal, now a member of Sanima Bank took the responsibility for chartering Sanima Bank and became a single point of contact. Area Director TM Shaurab Lohani with the help of TM Neha Amatya, Asst. Club Growth Director, and myself, Area Director Select, planned the orientation meeting. The mentors and sponsors were carefully decided and the demo was shortly conducted with the help of Professional Toastmasters as the sponsor club.

From a new member, TM Ayushi Gupta who now serves Himalaya Toastmasters as the secretary to TM Nirajan Kandel, Vice President Education at Professional Toastmasters who helped Mr. Dahal, CEO of Sanima Bank to join Toastmasters and propelled the idea of a club at the organization, to all the members of Division A, helped materialize Sanima Bank Toastmasters from a conversation to reality.