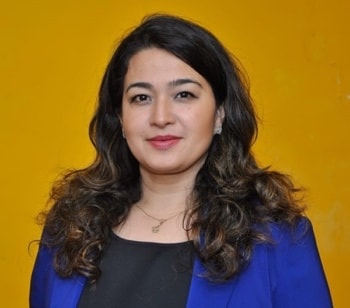 “Welcome! Welcome! Welcome!” That was the title of the email that I received on June 19, 2019, from DTM Jennifer Ghosh, District Director (Elect) 2019-2020, District 41. This was the official email recognizing that I was going to be Area Director (AD) for Area A1 for the term 2019-20. I was overjoyed to see that email and was looking forward to the term of 2019-20 for much learning and fun where we would empower, evolve, and engage as Toastmasters. We had committed to the promise of “building new clubs and supporting all clubs in achieving excellence.”

Long before July 1, District 41 CGD (elect) DTM Ranjit Acharya and Division A Director (elect) DTM Suman Shakya involved all incoming ADs in the planning for the year 2019-2020. So, when we were installed on June 22, 2019, we were ready with our plan for the year. The plan was that we would double the base of our clubs. We had a list of probable clubs, and we had taken responsibility for the same. Also, we were to continue the mentorship program that I had helped roll out in the year 2018-19 as the Division A PQD and help establish an evaluation program in the Division.

I had a team of members in my area team besides the Presidents, VPEs, and VPMs from clubs in my Area, to form my area council. TM Saloni Sethia as PQD, TM Kumar Thapa as Associate PQD, TM Chandrayan P Shrestha as CGD, TM Santosh Raj Pathak as PRM, TM Samjhana Rai and TM Sushma Tamang as Secretary and Associate Secretary, and TM Basanta Lal Lamicchane as Treasurer. I thought my ride was going to be easy.

As soon as July hit, I started working on the new clubs, started following up, planned meetings, sent emails, made several calls, all to no avail. None of the clubs that I had taken responsibility for seemed to be getting off the ground. I was desperate. I consulted DTM Suman and DTM Ranjit. We all got on full gear when November hit, conducted orientation, and demo meetings. The area council members also supported fully. And bam! I delivered triplets! Yes, three clubs were chartered within weeks by the end of November 2019.

I thought that was it! I had done my deed, and I could sail the rest of the year in a peaceful sea. How wrong I was! It was just the calm before the storm. TM Saloni quit and was quickly replaced by TM Kumar. We started our quest to ensure all members of all six clubs were enrolled in pathways. It was not an easy task. The two of us and TM Samjhana went from one club to the next orienting members about pathways enrollment. The new clubs had a challenging time. Mentor Club – Bodhi Toastmasters club was activated to coach NAMI and Prabhu Bank Toastmasters clubs. Club mentors – TM Asira Khanal and TM Ekta Lamichhane – were actively involved in helping Nepal Women’s Toastmasters Club. Things were slowly getting into place.

Then, the Covid-19 pandemic hit Nepal along with the world. With the subsequent lockdown, Toastmasters meetings shifted to online meetings from March. Thankfully, all club and area contests had been completed by March 14, 2020. Lockdown started the week after. Not all clubs adjusted to the shift to the new platform. It was challenging to get the new clubs onto the new platform. Finally, five of the clubs were comfortable using the zoom to conduct meetings. One club, Nepal Women’s Toastmasters club, fell through because of the change in platform and the refusal of the members to switch. There were frantic calls and emails to and from the club leaders, with Division Director, District 41 CGD, District 41 Director, District 41 Finance Manager TM Gaurav Agrawal, and Toastmasters International Club Quality office. Finally, on May 22, 2020, the club was suspended. The biggest blow of my tenure.

While this was going on, we were actively coordinating with the Presidents and VPEs of base clubs to ensure that the members’ educational awards were being submitted and renewals were being done on time. Area A1 became among the first three Presidents Distinguished Areas for District 41 on April 23, 2020. Now, with Everest Toastmasters Club achieving all 10 DCP goals, Reliance Toastmasters Club as well as Bodhi Toastmasters club achieving 9 DCP goals, Area A1 has become the first Area in the Division to have all base clubs achieve President’s Distinguished Club status.

The journey as Area Director has not been easy. I saw more hurdles than successes. It is through these storms in the sea that I have been able to empower, evolve, and engage not only myself but my council and club members as Toastmasters.  With the end of my tenure, I am ready to welcome three new ADs as Division A Director (elect) 2020-2021. It is my turn to say to them, “Welcome! Welcome! Welcome!”